Climate Change and the Himalayas 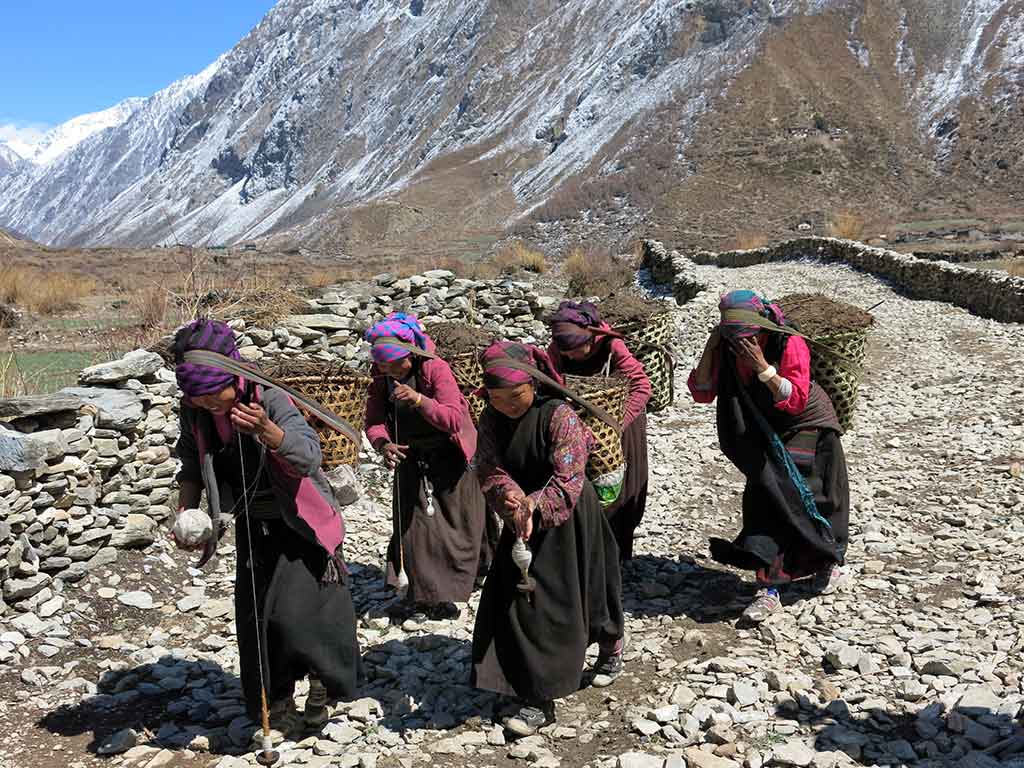 Climate Change has been a topic of discussions for long and we always say that climate change has effected out way of life. The changing climate, have a very powerful impact on our daily livelihood as well. The Himalayan region of Nepal is home to a diverse group pf plants and animals and is a home to so many species. There are so many ethnic groups loving with close proximity and connection with the mountains. As the climatic conditions change, so does the constituent of the bio-diversity and livelihood of the people.

Climate change has started, and will continue, to threaten our rights to live and survive in the mountains.

The himalayas always signifies beauty and mysteries, with so many scenic places and so many ancient traditions. Our Himalayan range is renowned for the diverse flora and fauna it holds. The eastern Himalayan region is home to globally significant species of flora and fauna and contains more than 1000 endemic species. Most of the species found in the area are one of a kind, that is, they are adapted to only a certain kind of climatic condition, from which if deferred, they cannot survive.

According to International Center for Integrated Mountain Development (ICIMOD), the changes in the Himalayan Hindu Kush region alone affect more than 1.3 billion people. One of the major impacts of changing climate is shorter but highly intense rainfall which causes problems like floods and landslides.  The Himalayas area is the origin of nine big river systems all of which have been affected due to global warming and climate change. Apart from posing flood risks to millions of peoples along the banks, the altered hydrological cycle also triggers landslides in many places. The topography of the Himalayan region and Siwalik is very weak in itself, and the increasing flood instances only make it weaker and more vulnerable to huge landslides.

With eight out of 15 highest peaks of the world, including the highest peak on Mt. Everest, lying in its territory, the Nepal Himalayas is a major tourist destination attracting hundreds and thousands of tourists every year. It also sustains the livelihood of many people along the route.  Climate change has its effect through fiercer storm and the Glacial Lake Outburst Floods (GLOFs).

No doubt, mountains are the sources of water and the world’s mountain watersheds support livelihood, clean energy and food security for almost half of the global population. Billions of people directly and indirectly depend upon the mountain resources in this part of the world. Rood cause of Greenhouse Gas (GHG) emissions has not been addressed to the extent required. The science of climate change is clear and greenhouse gas emissions have increased temperature at unprecedented manner, if climate induced – GLOF – occurs, the ‘vertical Tsunami’ will affect the people, ecosystem and livelihoods of both upstream/mountains and the downstream. This should be realized by the people living in the downstream as well to better understand the upland lowland inter-relationship and interdependencies, and create a situation that promotes integrated ‘watershed’ management. If the present trend of greenhouse gas emission is not reverted, our fragile and delicate mountain ecosystems will continue to be adversely affected by the climate change. People having low or no resources, knowledge and skills, have not been able to cope with the emerging threats of climate change. Either we accept or not we need to adopt adaptation as the ‘survival strategy’.

All these risks in the mountain areas has a serious impact on tourism sector. For example, natural disasters we have experienced has left number of casualties and deaths. Tourism activities have been disrupted by such incident, resulting to loss of economic activities of people living in mountain areas. Climate change may induce more severe forms of storms more frequently, making adverse impacts on the number of tourists visiting every year.

The mountain people are adapted to live in the harsh climatic conditions, and have rich knowledge on the bio-diversity of the mountains and the way to use these resources. They know the secrets of herbs and medicine that can cure a lot of illness. When we lose these resources because of changing climatic conditions, we lose the possibility of cures, and we lose the economic benefits these herbs and bio-diversity may bring to the indigenous community as well as to the country. Most of the households in the Himalayan region are considered to be vulnerable, with many floods and landslides occurring every year.

The climate change is also causing the problem of too much water and too little water. That is, there is flood in some places and droughts in other, making it difficult to sustain agriculture. The collapse of agriculture in Himalayan region can prove to be very dangerous to the mountain communities, as these areas lack good transport system. This isolation of mountain communities due to topographical difficulties makes it more difficult for the people to get immediate relief if disasters occur.

With many evidences of changes along the Himalayan region, many organizations are working to increase the adaptive capacities of the mountain eco-system. Community groups are proving to be the most effective way to improve the resilience of the mountain communities. These groups take care of forests, and make rules to use and sustain forest for longer terms.

As climate change continues to affect the Himalayas, it is important to take conservation, tourism and socio-economic activities of the mountain people side by side, ensuring sustainable income generating activities for the local populace while conserving the resources.

When climate change starts affecting the ecosystem, deforestation only makes it worse. Larger forest areas with higher bio-diversity make the region more resilient, and protect it from flood and landslide by holding the soil very strongly and acting as a natural dam. If deforestation continues in these vulnerable mountainous areas, topography will be weaker and it will be more dangerous for the people. So, the community forest user groups are playing a very important role in checking this. Similarly, these groups also take care of emergency funds provided by different organizations and use it in case of emergency, for example during disasters. The organizations are also trying to build up resilience of these places by building dams across the flood and are also trying to improve the adaptive capacity of the mountain people by introducing them to alternative income generating activities like goat farming, stone carving etc. Mountains are an intricate part of the indigenous mountain people as well as people living elsewhere. It is necessary to act not just to prevent the disasters that will arise but also to ensure that our beauty and our culture always stay with us.