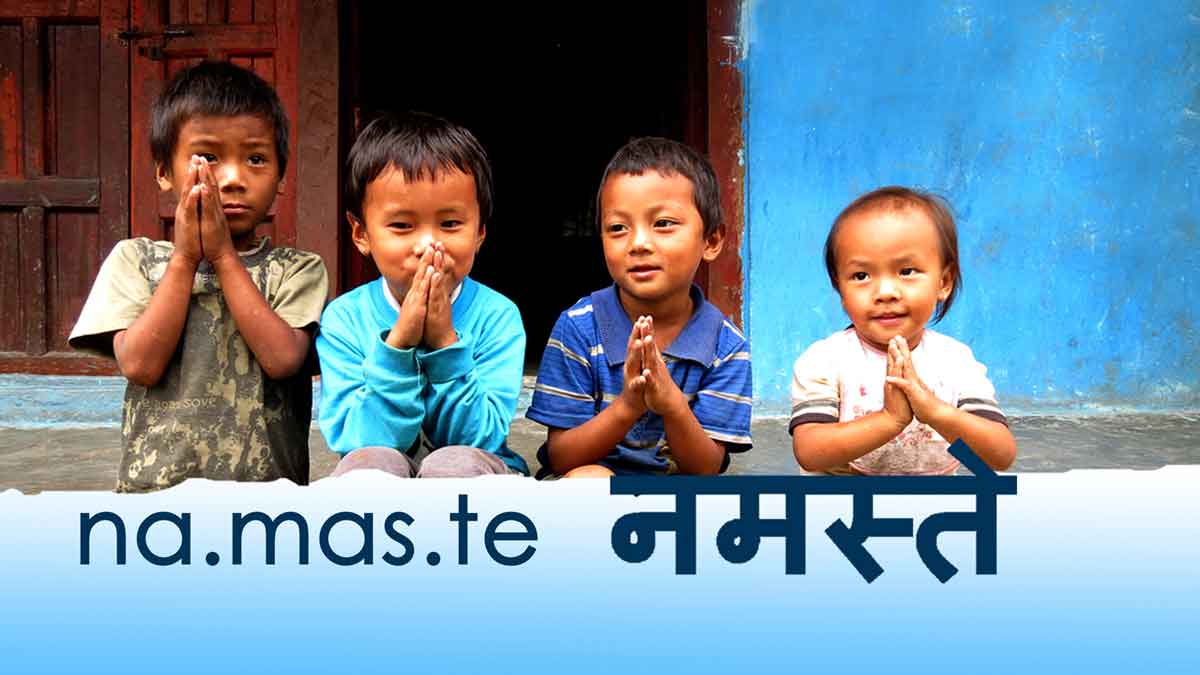 Origin and Meaning of Namaste

Namaste i.e. Namas + te is derived from the Sanskrit language written in Devanagari script. It is the combination of two words, pronounced “Namas-te” where “Nama” means 'bow' and “te” means 'to you' meaning “I bow to you”– my sincere obeisance to you as I honor the place in you which is of love & joy and light & peace.

It is also expressed as “Namaskar” or “Namaskaram” among different people who practice Namaste with different ideas.

How to Do Namaste

Joining five fingers symbolize the five elements of life and the position of hand over the heart chakra (center of compassion and unconditional love) with closed eyes attempt to deal with spiritual insights and look into the inner spirit through the third eyes of the forehead (above eyebrow center).

In cosmic universe, human bodies considered as the microcosmos with immense flow of energies. The human body is made up of five elements of life and dissolves into these elements after death, balancing the cycle of nature. An act performed with devotion from one acknowledges obeisance to another embracing the manifestation of peace and love. There have been several motto and significance; however they all portray same kinds of meaning and recognition of the one truth that DIVINE IS WITHIN ONESELF and it is same in all.